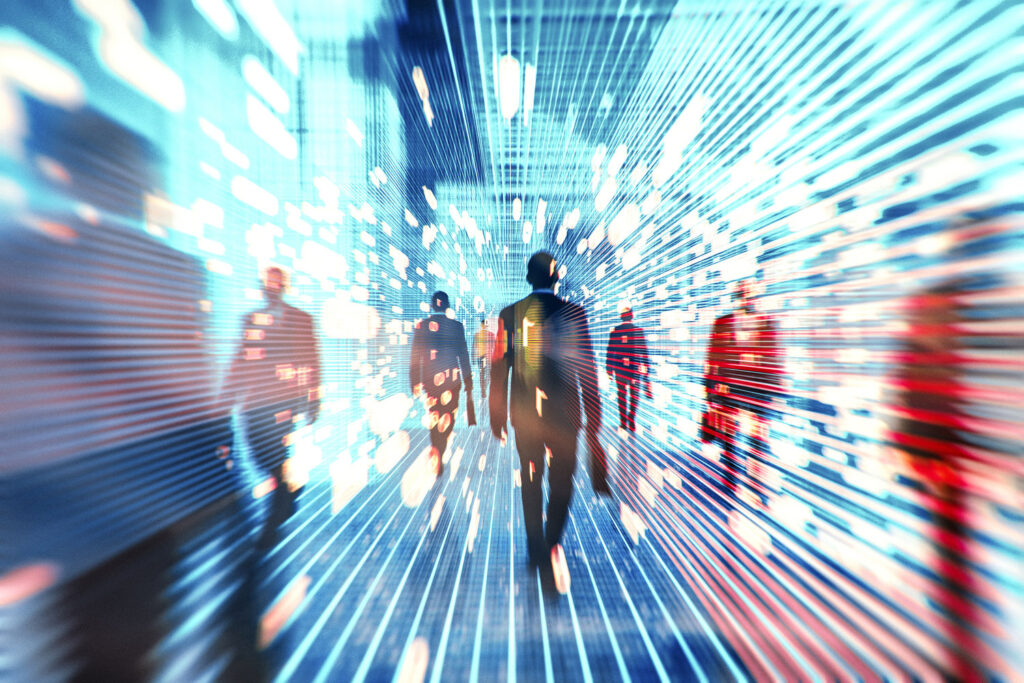 How “fast followers” can join a disrupter’s game and succeed in the long term.

A dialog between McKinsey’s findings on digitization and Flourister’s approach to digital culture development.

The challenge of digitization

According to McKinsey’s research, digitization has only just begun to transform many industries. As digitization penetrates more fully, it will dampen revenue and profit growth for many companies. The survey results suggest that as digitization increases economic pressure, all companies, no matter what their position on the performance curve may be, will be affected.

Today’s winners in the market invest more, and do it more broadly and boldly, than other companies do. But because few companies have the investment capacity to mount disruptive strategies like Google, Alibaba or Amazon, they combine fast-following strategies with great execution, building agile operations, organization, culture and talent.

Flourister: Applying “the fast follower strategy” means you’re not the disruptor shaking up your industry but you join the attacker’s game quickly and play it better and on a bigger scale. That approach will only succeed in the long term if your execution is virtually perfect. And to get this perfection, you must have the right culture.

A strong and common culture

Flourister: Leading companies rely on their strong organizational culture because it prevents them acquiring siloed mind-sets and behaviors and a fragmented view of their customers, and fosters an approach based on forward-looking communication, collaboration and learning.

Netflix CEO Reed Hastings once explained in a famous presentation that his company’s culture was built on self-driven, high-performing individuals. “The great workplace is not espresso, lush benefits, sushi lunches,” he said. “The great workplace is stunning colleagues.” This culture of self-discipline, which he compared to that of a pro-sports team, was especially key for a fast-moving digital business like Netflix that expanded into hundreds of countries in less than a decade—roughly 10 times faster than traditional media companies such as Time-Warner or Disney had done.

The McKinsey research also states that the main bottleneck in digital transformation is the lack of a strong and common culture. A quarter of the companies assessed reported that their biggest challenge is a culture averse to risk and experimentation. McKinsey found that the following three areas have the biggest impact on easing the bottlenecks.

Support from the top: It’s now widely understood that digital transformation needs active support from top management throughout the journey. This top-down support, however, has to go further than that. For true culture change, support for digital reinvention must flow through the management hierarchy right down to every front-line employee, so that the full organizational pyramid is tuned to digital. All leaders need to shift their style from top-down decision-maker to coach.

Flourister: Transforming a company into a digitally focused organization means working on three levels in parallel; changing mind-sets, developing new behaviors and establishing conditions that support the change in mind-set and behavior. Lasting change takes time, but it is possible. New neural pathways can be established through reflection and habit-forming, which is why we place such importance on agile learning in a socially connected way. Because developing yourself, changing behaviors and adapting to more desirable habits is a challenging task, social support from trusted peers, mentors and coaches is the perfect environment for growth.

Removing silos: Digital organizations remove silos between departments, functions and reporting lines. They create cross-functional teams that are self-organized, non-hierarchical, and empowered to execute projects from start to finish. Digital winners create so-called “squad” teams flexibly deployed across the organization and focused on end-to-end customer journeys rather than locked into a single department or function. The teams typically comprise fewer than 100 people to ensure that responsibility always resides within the equivalent of a small to medium-size business—a more agile model than a global, multi-tier organization.

Flourister: Working in a cross-functional, self-organized and agile way in “squad” teams requires a culture of open communication, continuous feedback and collective reflection on how to improve and on transferring improvement ideas into behaviors that produce results. Flourister provides a mobile performance and development platform that empowers individual and collective learning through testing new behaviors, sharing knowledge and experience and giving various forms of feedback that lead to measureable behavior change.

Breaking through risk aversion: In a digital world, one of the biggest risks is not taking risks. Companies that stand still are the ones that lose the most from digital disruption. In fact, organizations that have high levels of risk-taking and experimenting tend to adapt much faster to new challenges. And running multiple small-scale experiments that entail a limited cost in case of failure can produce highly valuable discoveries.

Flourister: Building a risk-taking mind-set can be developed at the individual and team level by experimenting with new behaviors that align with the digital strategy. Engaging in a public arena, taking risks and embracing vulnerability are powerful drivers of change. Asking for structured feedback and learning and adapting in a social setting accelerates growth. Combined with reflective, peer-based learning, experimenting with new behaviors is an effective method of building new habits and developing holistically. It leads to higher self-efficacy, stronger relationships and greater engagement.

Without the right culture, reinventing your business for the digital age will likely fail. McKinsey’s research found that roughly 30% of the variance in performance among companies in the same industry was attributable to their ability to develop and sustain a culture that embraced digital objectives.

Flourister: Building the right capabilities will help you keep pace with your customers as digitization transforms the way they research and consider products and services, interact, and make purchases on the digital consumer decision journey. But digitalization can also be used to transform your workforce in line with your digital culture, helping people to translate business targets into measureable behaviors. Flourister’s mobile behavior management app is a powerful performance and self-development tool for individuals and teams within an organization, designing tailored, competency-based development journeys for effective skill building, reflective learning and behavioral change. You can follow your own competency-based learning journey, grow through micro-learning and micro-coaching, engage with social learning networks, and measure your progress every day.

We use cookies on our website to give you the most relevant experience by remembering your preferences and repeat visits. By clicking “Accept”, you consent to the use of ALL the cookies.
Cookie settingsACCEPT
Manage consent

This website uses cookies to improve your experience while you navigate through the website. Out of these, the cookies that are categorized as necessary are stored on your browser as they are essential for the working of basic functionalities of the website. We also use third-party cookies that help us analyze and understand how you use this website. These cookies will be stored in your browser only with your consent. You also have the option to opt-out of these cookies. But opting out of some of these cookies may affect your browsing experience.
Necessary Always Enabled

Any cookies that may not be particularly necessary for the website to function and is used specifically to collect user personal data via analytics, ads, other embedded contents are termed as non-necessary cookies. It is mandatory to procure user consent prior to running these cookies on your website.

Speak to our team

The Flourister App is your ideal instrument for effectively increasing competence in companies. Developed for agile teams and learning organizations.

Executives, learning & development experts, trainers and consultants use the Flourister app with enthusiasm. Take effect: Promote continued growth and development at every level, every day!